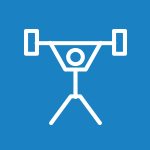 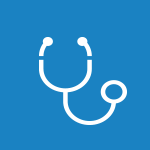 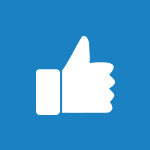 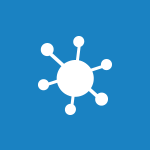 Items made with Nexus textiles have multiple medical applications whether we are talking about rehabilitation, recovery after surgery or the phlebologic field. When health is involved, safety, scientific aspects and ongoing research are not just important; they are essential.

PRELIMINARY COMPARATIVE STUDY RANDOMISED BLIND ON USE OF NEXUS
IN REHABILITATION

Result: +30% post-surgery recovery
"It is felt that the Nexus knee pad, by improving oxygenation and tissue exchange, had rehabilitation benefits, in removing the oedema and in recovery of muscle mass, quantifiable as around 30-40%. [...]"

Laboratory/Author: Centre for Motor Sciences and Functional "Kinetik" Rehabilitation, Pisa Casa di Cura San Rossore, Pisa
Result: Reduction of pain
"Wearing knee pads made from the special Nexus textile fiber enables parties operated for LCA reconstruction to significantly reduce painful symptoms both straight after surgery and, even more so, after 8-10 days from the operation. The average drop in perception of pain during controls is 25.0% in the first 3 days post-surgery and up to 60.8% after 8-10 days”

STUDY OF EFFECTS ON CIRCULATION

Description:
Blind-blind study of blood circulation on a total of 50 people. Patients were made to lie down on a NEXUS mat.

Description: The study was to check whether a lower compression level, obtained using stockings prepared with a special patented textile fiber containing noble, light metal molecules, NEXUS, can have the same results as a high compression level stocking. Method. Forty patients with chronic venous insufficiency I, II belonging to the same phlebologic centre were randomised in two homogeneous groups: 20 used a compressive NEXUS 15 mmHg stocking and 20 a normal 25 mmHg elastic one, not noticeable for patients.

Result:
As expected, after six months treatment there were improvements in both groups; in both clinical signs such as oedema and dilatation to surface venous circulation, and at symptom level (feeling of heaviness), and in parameters measured with light reflection rheography. Improvement could be overlapped in the two groups; but in the study group, the positive results were obtained with a lower compression level (15 mmHg instead of 25 mmHg). No adverse occurrences were recorded or mentioned during the study.