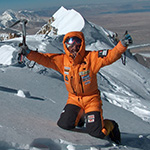 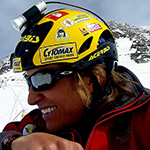 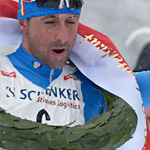 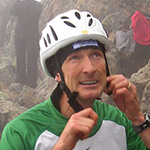 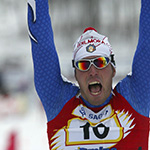 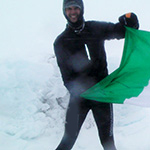 “At 3.15 am I was at the top of Everest, at 8 am I was down on the other side. I was not going for a record, it is just the wellness sensation. If clothed and dressed using the Nexus fiber ... you can reach your real potential. It is not doping, it does not make you do more, but takes you to 100% of your potential. I even use Nexus fabric garments ... when resting as they work in the recovery stage”.

Simone Moro born in 1967, Alpine Guide, athlete, federal instructor, was the trainer of the F.A.S.I. Italian national sports climbing team from 1992 to 1996. He has been climbing since he was 13 and now climbs full time, as well as organising mountain climbing expeditions to the world's highest mountains (Himalayas, Karakorum, Andes, Patagonia, Antarctica, Thien Shan, Pamir).

" ...even if there are many, individual reasons, mine is mountaineering like that of many others, practised by a youngster like many others who decided that his activity would not be like the end of his life but a way to discover and love life. Climbing the world's mountains is a way to discover cultures, peoples, problems. And how to learn your technical, psychological limits, aware that those limits can be overcome with determination, motivation, training. They are basically the same stimuli that push people to evolve in their sentimental, working, social spheres. If individuals are moved by the same stimuli in such different areas, wouldn't it be about time to stop saying mountaineers are mad...? " The first great success was the climb up to Lhotse 8516 metres in 1994 in just 13 real hours (17 total) starting from 6300 metres. Since then, Simone Moro has done some great things and received important awards like the Fairplay Pierre de Cubertin trophy in Paris from UNESCO and the gold medals to Civil Value from the President of the Italian Republic Ciampi and from the Lombardy Region. Simone also received the prestigious David Sowles Award from the American Alpine Club.